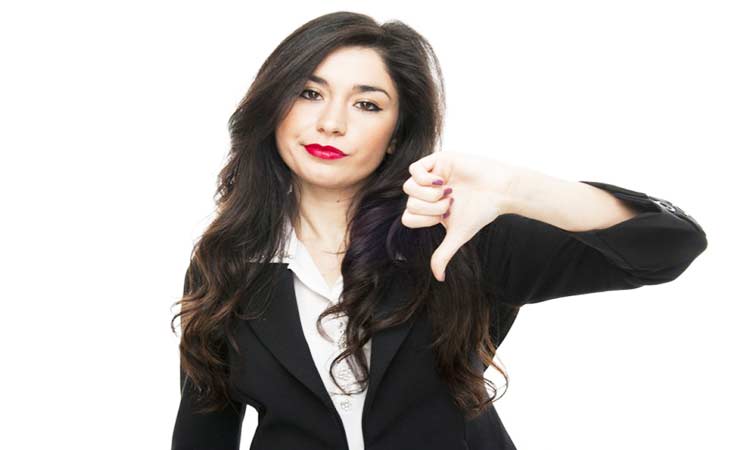 It happens a lot - especially for women. Managers solicit volunteers for some side errand at work, or in some cases, assign workers to take on responsibilities not directly related to their roles, performance evaluations, or career growth. But just because your boss is looking for help doesn't mean you always have to volunteer for assignments outside the job description, but how can you turn down your boss's orders?

“Not everything depends on your performance evaluations — there is a lot of work that gets done that is not tracked, thanked, or evaluated,” said Linda Babcock, professor of economics at Carnegie Mellon University.

She also said that examples include sitting on a company-wide governance committee — such as the Safety Committee even though you're not responsible for safety or helping to hire new employees (if you don't work in HR), and helping others at work or the office.

"It's a huge part of the job, and it can be important work that really helps the business of the company, but it's not central to your day-to-day work activities and the things you are valued and rewarded for."

Sure, a lot of that extra work is a necessary part of running a successful business - but it should be distributed equally among everyone. This does not always happen.


"When we have a job that is not promoteable, we think of women first and demand more from them than men," Babcock adds. According to research she conducted with three other professors, managers are 50% more likely to ask women to do these unseen tasks than men. It also found that women are also more likely to volunteer for these tasks.

“The fact that you spend time on tasks that don’t use your unique skills means that you don’t really reach your potential after a lengthy search for a job vacancy or a vacancy… A lack of focus on carrying out your work tasks outlined in the job description can  hurt your compensation and incentives and hurt your promotion and certainly not. It gives you any leverage when you're trying to negotiate a promotion."

Babcock remembers more than a decade ago seeing a colleague spending hours in his office focusing on his research while her days were filled with meetings she was voluntarily assigned. "I didn't get my research done," she says, "and this is the #1 promotional assignment for me."

She remembers comparing schedules with him and realizing, "We live in different worlds even though we have the exact same job. I wasted years of my job on assignments that didn't qualify me to finish my main research and then didn't get promoted."

Overloading these tasks can also harm women beyond their paychecks.

“If you end up doing other internal tasks, you will lose confidence in your ability to demonstrate the skills you acquired and were hired for,” Westerlund says.

To assess whether a task should be taken over, Westerlund advises determining what is considered promoteable and non-promotable work for a role and how much workers are expected to take on.

"On a weekly basis: Is the norm one day a week? Two days a week? What are the others doing?" I suggested talking to colleagues and supervisors and asking a question like: "I want to contribute as much as possible to this company - how do I do that... What are your expectations?"

Clarification: Non-promotable work is errands that you do but you can't talk about when asking for a raise or for a promotion. Some missions you cannot use to promote yourself because they are side missions that are an extra burden on you but do not add anything to your achievements.

Starting a new business is hard enough. Here's how to do it when you're away
"Think more strategically about what non-promotable business makes sense for... Find out where your business makes the most sense," Westerlund says.

You can also look for work that is indirectly promoteable, which may mean that it gives you exposure to more senior leaders of the organization or company or provides you with skills that you can develop to benefit your career.

Take time to evaluate your decision to accept or decline side errands, and how that decision may affect other areas of your life, career, and promotion.

In 2016, when Kim Ling-Murto was balancing consulting work, teaching at UCLA, and part-time work at the National Center, one of the university's department heads asked her if she would be interested in teaching another department. Class.

As she finds herself teaching and making relationships with students, teaching for another department would require her to create a new semester and add a lot of extra hours to her already busy schedule, undoing some of her consulting work and losing some of her flexibility.

She remembers saying "yes" and then her life began to deteriorate.

Feeling good about saying "no"
but saying "no" can be easier - and it can have a greater impact on women than on men.
Babcock said her research shows that when women say "no" at work, they are often perceived as not being part of the team. "Women become trapped - they are described as not helping the team."

When it comes to saying no, don't focus on why you can't.
“People usually make an excuse... that doesn't help... all they want is help,” Babcock said.

"Try to think of a person who might actually be interested in such a task at work....if someone asked you to do something unpromotable for you, is there someone in the company who could be promoted or appraised for that work?" " If you feel you can't say no, you've suggested agreeing to take on the job, but ask your boss to reassign another non-promotable job. Or you could say: Can we break this task down and share it with the five of us in this department of the company? "

If the side task is repetitive make sure you are not assigned a recurring task permanently, suggest setting up a schedule that rotates with your colleagues.

Employees shouldn't have to say "no"

but the burden should not be solely on employees when it comes to making sure that non-promotable work is evenly distributed.

Fixing this problem is up to the employer... They shouldn't give the job to someone just because they think they are less reluctant to take it on. They should give employees the work they are really good at doing.

Employers need to be clear about what workers are to spend their time on and what will be included in their performance reviews.

“You can reward non-promotable work,” Babcock said, noting that one company she worked with added “helping others” to its performance appraisals. "If it matters, you want to reward it, and then it becomes marketable. And then it's amazing that everyone wants to do that after that."


Companies must also consider who is doing the unpromotable work and how the work is allocated.
saying no at work
Women's Rights
volunteers
Managers
Saying No
Women's liberation