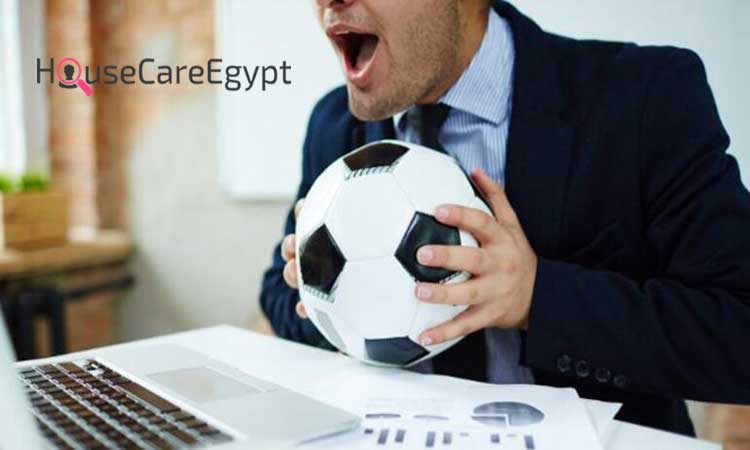 Do your company’s employees want to enjoy watching the matches of the European Union teams, qualified for the FIFA World Cup 2022, during the live broadcast? If so, what is the problem with euro fantasy league or world cup? It may be related to the way they spend their personal time and their private lives, so there are no company officials who have a problem with that as we know, but the problem comes to the fore when the preoccupation with the European competition qualifying for the World Cup, or even the preoccupation with the World Cup matches live broadcasting itself, comes at the expense of working time. Here are several tips to help you deal with the issue.

1- Deal with the matter simply
Instead of getting angry at your employees, reward those who cared about their work and completed their tasks by their pre-set deadline.
Enjoying at work, whether listening to music or peeking at matches, may be a type of momentary recreation that helps employees refocus, so you cannot judge the performance of an employee who does the work required of him and delivers the project he is working on on time.
Many companies in the world are now seeking to provide more amenities for employees, including additional days off, rest and relaxation hours. We mention, for example, the Trivago Tourism Company, which provides rooms with a sleeping bed for each employee to use at rest or when he feels any kind of fatigue. As well as the gyms in the workplace, the gym as well as the swimming pool, all things made workplaces in companies more productive and creative, and the work environment became an environment for enjoyment in the first place.
Everyone knows business dinners, and everyone knows business golf games, so why not watch the games as also times to discuss work and have side conversations that eliminate the work deadlock?

2- Reward your employees who pay attention to their work.
This way you are sending two hidden messages to your team, the first message telling employees who focused on their work “Well done” and the second message to employees who neglected work because of their enthusiasm for the World Cup matches, this message tells them that “focus is rewarded”, this way you encourage them to take Take the initiative in exciting events and occasions to think twice before losing focus again.

3- Free World Cup tickets for the employee with the best performance.
Address the problem with the "mud" strategy. Don't be surprised by the academic name of this strategy, but it is a really effective strategy, based on intense reward in the same direction, which you do not want your employees to go. If you don't want them to leave their jobs, to watch the matches, then you should send the most committed of them to attend these matches on the ground. Herein lies the psychological impact of the shock factor.
This strategy depends on stimulating the psychological trend in another direction through the same undesirable path.

Recommended for you: What if you saw an employee playing Pokemon Go at break time

There are other effective management strategies in controlling the desires of employees, some of which depend on reward and others depend on the rules of discipline, and in all cases, employee entertainment remains a global trend adopted by large companies day after day and should not be neglected by small companies as well, despite the difficulty of providing entertainment to employees in Small companies However, the thought of changing the work culture and improving the work environment is appreciated.