What do you know about the US economy? Setting up a startup in USA 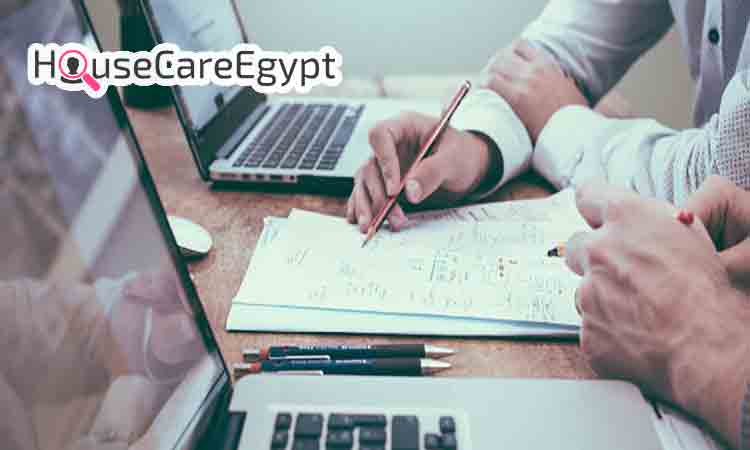 The desire to start an international business, or to establish a company that operates in the USA is a matter that needs a very large study, whether from a technical or investment point of view, as working in the American market differs greatly from the European and Asian markets, and investing in the USA need the knowledge of how USA economic system works. In this report, we will learn more about the US economy, as a good start in your search for ways to invest in the USA.

The US economy is a capitalist market economy, with abundant natural resources, well-equipped infrastructure, and high productivity. The United States has achieved a prosperous economy due to abundant human and material resources, free trade, active investment in domestic and overseas industries backed by technological innovation, low inflation, and a highly capitalist system represented by a strong financial market.

The US economy is the largest national economy in the world, and its trends have a significant impact on the international economy. That is, changes in the American economy and what is happening in America may affect your company in the State of Qatar, for example, or the State of Egypt.

Imagine that you set up a company in Qatar, the country of the two palm trees and the tent, and you sit enjoying your coffee in a small tent and then it happens that the US Federal Reserve raises the interest rate. What will happen next is that your Qatari company will be affected and you will feel the vibration of your tent there.

The GDP of the United States is the largest in the world, only 5% less than the combined GDP of the whole European Union in 2008. America ranks 17th in nominal GDP per capita and sixth in purchasing power parity per capita.

Since the US economy is the largest market in the world, countries all over the world export to the United States. The United States is the world's largest importer of goods and the third largest export volume in the world, but its per capita imports are relatively low. The main trading partners are Canada, China, Mexico, Japan and Germany. Therefore, you should also study the trading partners of America before competing in the market and building a company in America.

The goods that America imports are a mixture of resources such as crude oil to industrial products such as automobiles, clothing, and electronic devices, of which the country imports large quantities. In 2007, cars were the main import and export item.

In terms of debt, China is the foreign creditor, which has the largest public debt of the United States.

The US economy, which has been growing for about six years, has been in recession since December 2007. Meanwhile, the US ranked second in the International Competitiveness Report.

The private sector accounted for 55.3% of the US economy in 2009, with federal activity accounting for 24.1% and local and state government activity (including federal transfers) 20.6%.

The US economy is going through an industrial decline, and the service sector accounts for 67.8% of GDP, but the US is still a major industrial power.

It has strengths in manufacturing based on the latest science and new technology, and in agriculture, which has the advantage of economies of scale.

The main business sector that depends on the company's total revenue is wholesale and retail trade, while the manufacturing sector is the major sector on the basis of net income.

Chemical Engineering Products is a major manufacturing sector in the USA. The United States has abundant resources in Korea, Japan and some other countries, but due to the high consumption, crude oil is imported. Although the United States is the third-largest oil producer in the world, it is also the largest importer.

The New York Stock Exchange has the largest number of dollars in the world.

Coca-Cola and McDonald's are two of the most popular brands in the world.

In the third quarter of 2009, the number of employed people in the United States was 154.4 million. Of these, 81% of the working population is employed in the service sector. With 22.4 million people, the US government is a major employer.

The proportion of American labor unions is about 12%, which is low compared to 30% in Western Europe.

Economic history of America
The history of the American economy goes back to the Europeans who settled in the 16th and 18th centuries. The gross national product of the United States, which was $104.4 billion in 1939, was $9.23 trillion in 1995. It was, of course, number one in the world as a country's gross product and the highest ever. In 1999, its per capita income was US$33,438, ranking fifth in the world after Switzerland, Japan, Germany and Singapore.

In the primary industrial sector focused on agriculture, the number of workers has fallen sharply since 1900, but despite the relatively low proportion, the United States has been a major agricultural producer globally. Secondary industry, which focuses on the manufacturing sector, did not lose its position as a major focus of the American economy even in the 1990s due to the abundance of major mineral resources and modern high-productivity industry.

The financial role of the federal government in the American economy increased in importance and in the 1970s reached a point where it had a major impact on the American economy. In fiscal year 77, which began in October 1976, appropriations exceeded $394.2 billion, of which 26% ($101.1 billion) was spent on defense, which was a major factor in inflation. Also, the increase in the international balance of payments deficit since the Kennedy era cannot be said to have been resolved by any measures, and although a series of defensive measures for the dollar were announced, they were difficult to resolve. and the outflow of private capital.

In the 1990s, the Clinton administration achieved the highest average annual growth rate of about 3% among developed countries due to continued depreciation of the dollar and pressure to open markets to third countries.

The area of ​​arable land and water source is about 200 million hectares, and the area of ​​grassland is about 240 million hectares. Agricultural productivity rapidly improved, making it possible to produce unprecedented amounts of money with less labour. In 2000, the proportion of agricultural and fisheries employment in the United States was only 2.9%, but its production volume proves that it is one of the leading agricultural countries in the world.

The agricultural labor force declined while the concentration and mechanization of farmland increased. The main crops are corn, wheat, and barley grown in the heart of the United States, and sorghum, cotton pads, rice, soybeans, and tobacco grown mainly in the south. Total wheat production is 54413300 tons (2011, 4th in the world, 7.73%).

Fruits include oranges, grapefruit, and lemons from Florida, Texas, and California. Lemons, Pacific grapes, pineapples, apples, and cherries grown in cold northern regions. Among the main agricultural products, wheat, corn, soybeans, oats, tobacco, cotton, grapes, tangerines, pineapples and apples compete for first and second place in the world in production. Most of the cash crops produced are exported abroad because they meet domestic demand more effectively, and the United States is a major food exporter in the world and may be an alternative source of wheat, rather than Russia and Ukraine where the war is now going on, and countries like Egypt and Saudi Arabia can import wheat From the United States instead of Russia.

The United States is one of the world's major fishing countries, and fishing fleets operate in the Atlantic, Pacific, Arctic, Caribbean and Gulf of Mexico.

In 1997, the catch rose by a total of 5011 thousand tons in the United States and ranked fourth in the world after China, Peru and Japan.

The fishing industry in the United States has two marine fishing areas in the North Pacific and North Atlantic that are among the four largest fishing areas in the world. Major fishing grounds extend almost the entire coast, from the coast of Newfoundland on the eastern coast of the Atlantic Ocean to the south, off the coast of Alaska and California on the western Pacific coast, and the Gulf of Mexico coast. Looking at the types of fish caught, salmon, herring, cod, and sardines are the most common, followed by shrimp, lobster, oysters, tuna, mackerel, and flounder. Meanwhile, the United States is also the world's largest importer of seafood, including processed products.

Mineral Resources in the US

Mining and quarrying are highly developed and automated. The United States has abundant mineral resources, including minerals, as its land area is vast. It has been ranked first in the world in the production of various minerals, but recently it has not been able to meet the rapidly increasing demand from major industries and also has a lot of imports in terms of preserving local resources.

The United States is one of the world's largest producers of mica, barite, sulfur, and feldspar. The only minerals that are not produced in the United States are diamond, manganese, chromium, and tin.

80% of iron ore is produced near Lake Superior, and current reserves are estimated at about 6 billion tons in the United States. Coal, the second product, is widely distributed in the Appalachian Mountains and the central lowlands (Wyoming) centered in Pennsylvania and West Virginia and is mostly used in steelmaking and power generation. However, the production of these two minerals, especially coal, has declined by 50% in the past 20 years and has completely lost its position as a major industry.

There are many other areas that must be carefully studied before thinking about establishing a startup company in America, among the most important of these areas: industry, energy, transportation sector, services sector, and advanced industries.